Crimson Skies: High Road to Revenge is the 2003 sequel to Crimson Skies released on the Xbox video game console. Originally announced in March 2002 with a fall release date, the release was postponed until October 2003.

The game was originally intended to feature an interactive movie concept that has similarity to Indiana Jones, destructible environments, danger zones, weapons located in hidden areas and early incarnations of finalized maps. The game was built using Autodesk Maya.

During a long night at a casino, Nathan Zachary, leader of the Fortune Hunters, lost his zeppelin and Devastator to Louis "Wild Card" Thibodeaux in a poker game. While Thibodeaux was able to claim the Pandora, Zachary was able to prevent him from taking the Devastator. Meeting up with fellow fortune hunter Betty Charles, they head to the Sea Haven island where the Ragin' Cajuns are hiding the Pandora. Destroying the Cajun defenders, the Fortune Hunters retook their zeppelin and headed to the main island to search for Big John. After accidentally destroying a radio tower, meeting up with their old friend Doctor Wilhelm Fassenbiender and clearing the harbor of Hollywood Knights planes, they find Big John running shipments for an arms dealer. Big John agrees to return to the Pandora now she's back in Fortune Hunter hands.

Angered by Zachary's thefts, Thibodeaux retaliated in kind, stealing Betty's Devastator. Zachary responded by hiring a local boat captain to take him to the Cajuns' base, where he punched Thibodeaux off the dock and stole his Dauphin. Using the Dauphin's impressive armament, Zachary cut down the nearby Cajun zeppelin, eliminating the Ragin' Cajuns as a serious force in Sea Haven.

Doctor Fassenbiender took advantage of the lull following the collapse of the Cajuns to have a private meeting with his old friend, Zachary. Giving him the plans for a device called a Wind Turbine, Fassenbiender warned Zachary that he had discovered an Arixo mine that would permit him to construct the Turbine - and that this had been discovered by his evil nemesis, Doctor Nicolas Von Essen, leader of the diabolical Die Spinne. Entrusting the blueprints of the Turbine to Zachary, Fassenbiender returned to his researches.

With the collapse of the Cajuns, the Hollywood Knights seized their opportunity to exterminate the remaining pirate presence in Sea Haven. Reacting to the increased frequency of Knight patrols, the Fortune Hunters tracked down the Knight's hidden island base and destroyed it. On return to the Pandora, however, the Fortune Hunters received a frantic distress call from Doctor Fassenbiender.

Racing to the doctor's remote island laboratory, the Pandora was set upon by Sanderson FB14 Vampires in an unusual dark-blue color scheme. While the Fortune Hunters were able to handily dispatch these attackers, the next wave appeared, escorted by a huge zeppelin. This zeppelin was powered by an exposed Tesla energy cell, which the Fortune Hunters promptly destroyed. The zeppelin crashed, but unleashed a Tesla tank. While the tank was also destroyed, it delayed the Fortune Hunters enough that their friend, Doctor Fassenbiender, was killed.

Furious at the murder of their friend, the Fortune Hunters headed for Arixo, to investigate the doc's titanium mine. Despite being repeatedly set upon by Los Muertos and Red's Gang, the Fortune Hunters were able to persuade a local merchant, Roy, to lead them to a repair station. The owner, he said, might know the location of the mine.

The station owner, Maria Sanchez, was prepared to direct the Fortune Hunters, but when her station was destroyed by vengeful Los Meurtos, she insisted the Fortune Hunters take her with them. Zachary, with Sanchez as his co-pilot, was able to kill Muerte, the leader of Los Meurtos, as well as destroying at least nine of their zeppelins. Sanchez revealed that the mine was deep inside Navajo Territory. Determined to proceed, Zachary rescued a sacred Navajo artefact from the remnants of Los Muertos.

Big John, an old friend of Navajo ace Soloho Salawa, piloted the Pandora deep into Navajo Territory, where the Fortune Hunters arrived in time to help drive off Los Muerto attackers. Grateful for the assistance and the return of the statue, Soloho agreed to help the Fortune Hunters reach the mine - once Zachary had completed the Three Trials.

Having completed the trials and earned the respect of Soloho, Zachary and the Fortune Hunters escorted a Navajo convoy to the mine to rescue a Navajo scouting party that had mysteriously disappeared. Arriving at the mine, the Fortune Hunters and the Navajo were attacked by Jonathan "Genghis" Kahn's Red Skull Legion. Devastated by the Fortune Hunters, the surviving Red Skulls called in their allies... Die Spinne.

Die Spinne deployed another of their new Wunderwaffe - the Tunnelzug. Although well-armed and heavily-armored, the Tunnelzug fell before the Fortune Hunters, who proceeded directly to Chicago to confront Die Spinne's newest ally, Jonathan Kahn.

Zachary and Charles confronted Kahn in his penthouse office. Unbeknownst to them, the white-suited man standing behind Kahn was none other than Von Essen, Doc's murderer. When Zachary reveals he knows what Die Spinne is, Von Essen orders him killed. Kahn attempts to comply, but Zachary bravely dives out of the window, leaving Charles in Kahn's custody. Stealing a Red Skulls Brigand, Zachary escorts the Pandora out from Kahn's clutches, destroying a Machiavelli-class zeppelin on the way.

With the Pandora secured, Zachary begin his attempt to recover his captured co-pilot. Aided and abetted by the Red Skulls' fierce rivals, the DeCarlos gang, Zachary raided a Red Skulls train and destroyed numerous ground vehicles.

Grateful for Zachary's help, the DeCarlos put him in touch with Wally Bag O'Donuts, also known as "The Snitch". Wally told Zachary that Betty was being held within the huge Red Skulls warehouse, and that by using a MiniGyro's Sniper Cannon to destroy the external door controls, Zachary could draw off the warehouse's defences and rescue his wingman. The operation was a success, and the Fortune Hunters added a second Brigand to their spoils.

Following their daring escape from Kahn's Red Skulls, Zachary and Betty determined to exact a fearsome revenge on Kahn. Destroying a main brigde support to disable an armored train, the Fortune Hunters also destroyed six cargo zeppelins and then proceed to place five crates of TNT atop Kahn's tower. The resulting explosion destroyed the tower, along with considerable quantities of Kahn's inventory.

Confronting Kahn once again, Zachary demanded an explanation. Kahn explained that Von Essen had presented a plan that would allow Kahn to take control of Chicago, but that Kahn had realised that Von Essen was utterly insane and would certainly betray him once his own plan was complete. Unconvinced, but unwilling to kill Kahn, Zachary spared his life in exchange for Red Skull assistance in hunting down Von Essen.

Kahn's assessment of Von Essen's reliabilty was rapidly confirmed by a large attack force of Tesla zeppelins launched an attack on Chicago. Although the Fortune Hunters and the Red Skulls were able to drive off the smaller zeppelins, this allowed the Die Spinne Zepeater to make a close approach to the new allies' zeppelin formation. A Machiavelli-class zeppelin belonging to the Skulls was destroyed by the Zepeater Although unable to save the Red Skulls zep, the Fortune Hunters were able to destroy the Zepeater before it destroyed the Pandora.

During the celebrations that followed this victory, Maria Sanchez stole Doctor Fassenbiender's Wind Turbine plans, intending to sell them to Die Spinne. Following Maria, the Fortune Hunters found Die Spinne's secret base, beneath the fabled Lost City. With the assistance of Professor Hancock, the Fortune Hunters were able to uncover the path to the Lost City, although the City's defences forced Zachary to proceed alone into the depths of the base.

At the very heart of the base, Zachary confronted Von Essen again, seconds after the crazed scientist had shot Maria. Von Essen, driven mad by his own megalomania, proceeded to explain his entire evil scheme to Zachary, punctuated by machine gun bursts. Activating the base's self-destruct, Von Essen fled, leaving Zachary to hear Maria's dying apology and make his own escape past suicidally-devoted Die Spinne pilots and the exploding, collapsing base.

Successfully escaping the base, the Fortune Hunters return to Chicago and team up again with the Red Skulls to take on Die Spinne. Furious at Kahn's betrayal, Von Essen determines to use the Wind Turbine - now integrated into the gigantic Starker Sturm, to destroy the entire city of Chicago. Although he causes tremendous damage, Nathan Zachary, the Fortune Hunters and the Red Skulls were able to destroy the Starker Sturm. Von Essen was destroyed with his creation. 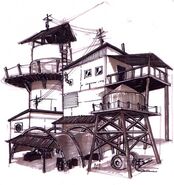 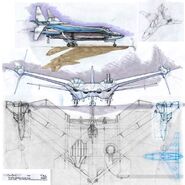 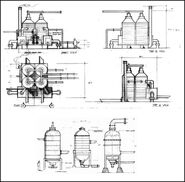 Add a photo to this gallery

Add a photo to this gallery

Among the many changes from Crimson Skies to Crimson Skies: High Road To Revenge, the following are particularly noticable:

The 54-track soundtrack was released on CD, and included a bonus DVD with Dolby Digital 5.1 Surround mixes of the game trailer and two cues from the soundtrack. The composer was Stan LePard.

Retrieved from "https://crimsonskies.fandom.com/wiki/Crimson_Skies:_High_Road_to_Revenge?oldid=5371"
Community content is available under CC-BY-SA unless otherwise noted.